Dexterity (+1 Hunting) || Endurance (No Fatigue until 5 HP or lower)

Being born deep into winter is a brutal life for a newly budding family. The stress and strife of survival is etched deep into who Snapdragon is, like briar vines coiling around her.
But she holds that aspect close and uplifts it as a point of beauty to be admired and as armor for her soul. She lost two of her siblings far too soon, but keeps them close to her heart.
Spring wasn't much better that year. The constant flooding and storms were terrible. A disease in the plants were killing them, meaning the food was migrating further to eat for themselves. The stress was still there, but the stress of life was stronger. It brought them closer together than huddling for warmth all winter ever could.
Their mother was like a commander when she directed them; to hunt, to track, and to dig. They had to be strong because her heart couldn't handle another death. Their father tried to keep the same stern regimen up, but his humorous nature always came through in the end.
Fall came in, and it was a breath of fresh air for the entire land. It should have been for the family as well but...Firebrand left. The stress of the previous seasons had been too much and sense they had raised capable near adults now, he was ready to break things off.
But Snapdragon wasn't, especially seeing the way it hurt her mother so badly. She figured she would follow his trail and bring him back despite the protest of her siblings. He proved to be as slippery as a snake.
She lost track of him in winter; weather too harsh and unforgiving to not take breaks to take care of yourself. She was too far in to go back to her family, which more than likely moved somewhere more stable for the harsher seasons.
Come spring and she is just...at loss. Should she continue her stubborn goal that was more than likely going to lead in heartbreak? Should she head back to her family in defeat knowing how much time she had wasted and the high odds of things not going to be as she left them in the worst way? Could she start a new life with the guilt of knowing the other things are unresolved? For now she just had to take things day by day and see where they take her.
Exactly what the name would imply; snappy in its best and worst connotations, with all the ego of a dragon. She takes after her father in that sense; peppy, optimistic, passionate, daring, fun-loving, insatiably curious and unimaginably stubborn. Prone to bouts of insensitivity and mischievousness. When taking things seriously, she tends to have remarkably introspective and intelligent reflections. If she is rude to you, that means she is comfortable around you. If she isn't, then your interaction will be short. She has a bit of a death obsession. If dogs could be goth girls, she would definitely be a peppy goth.

Picrew used is (( https://picrew.me/image_maker/99647 )) though her spots are significantly smaller than portrayed. 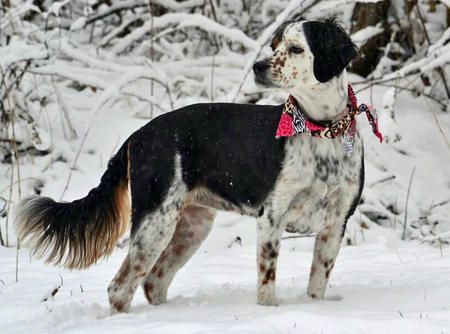